The following is a list of musicians who contributed to the Halton Freedom Celebration Festival: (in alphabetical order)

Musicians participating in the current year event have an asterisk ∗ behind their name. 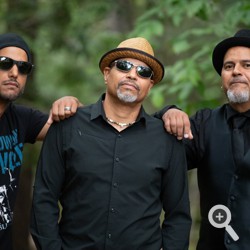 “Blackburn” - The best blues band in Canada - Rolling Stone magazine (2015); Recipient of the Maple Blues Award, 2016 Juno Nominees Four Brothers (Robert, Brooke, Duane and Cory) and close friends Howard and Mark Ayee are renowned in the Toronto area performing at such venues as the old BAMBOO, Canadian Blues Festival, and currently at Jo Mama’, Nawlin’s and other Toronto venues; Promoters of family, roots and culture – “Messages of Positivity”. 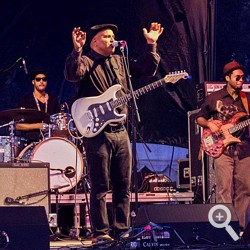 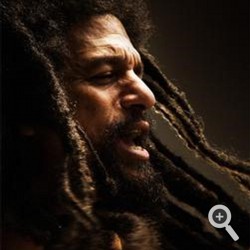 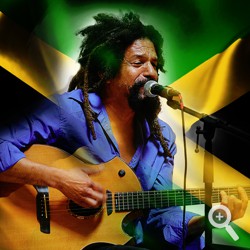 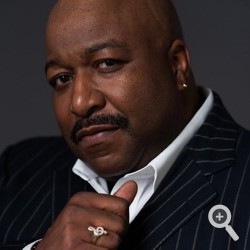 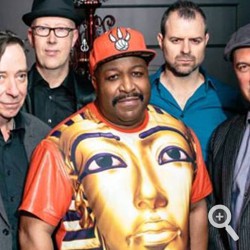 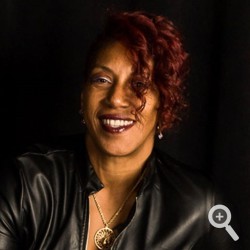 Garnetta & Dagroovmasters is a high energy show band that plays and sing the genres of Blues, Classic Soul & Funk, but they are also a reflection of Canada's multicultural society! Their style of upbeat music brings pure joy to all listeners and continues to spread their contagious & cheerful sounds throughout their live performances! Garnetta was lead vocalist and drummer for a Toronto’s only female reggae band Sweet Sensation, performing on the same stage with Platinum/Grammy Award artists like Maxi Priest, Shabba Ranks, Shaggy, Gregory Issacs and Sean Kingston, Platinum/Grammy award Soul legends, Percy Sledge, Dorothy Moore and The Manhattans. 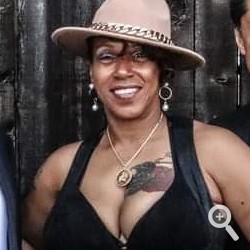 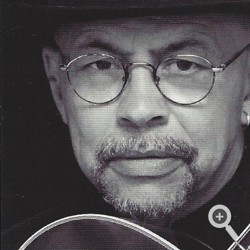 Rob Green is a former vice-chair with the Halton Black History Awareness Society and actor, singer/songwriter and producer of his own original music. Rob Green's first CD..."Soul Dancing" was nominated for best Indie Album in 2013 and was Highlighted In CBC's talent search out performing numerous other contestants. Rob presents his family’s journey from Africa to Canada with accompanying music representative of the time and circumstance. Rob is a graduate of University of Guelph with a Specialized Honours in Drama, The University of Toronto (Faculty of Education) Honours Specialist in Drama and The University of London (Althouse Teachers College) with a Bachelor of Education. He initiated the Drama program at his high school and became the Assistant Head of the English department. teaching Drama and English in Canadian schools. Rob has won the Excellence in Education Award and in the past been nominated for the Reverend John C. Holland Award and participated in presentations for the Ontario Black History Society, The Speakers Corner for Emancipation Celebration, the HBHAS’ “Telling Our Stories” program and to civic groups dedicated to the advancement of Black Canadians. 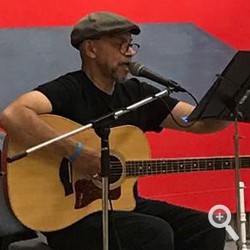 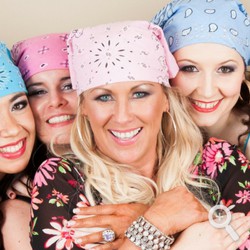 Joharah & BellyUp BellyDance Studio - Promoted as the best belly dance studio in North America 10 years running. We are please to have Dewitt Lee present at our Emancipation Flag Raising Ceremony including a Mini Parade comprising of athletes, mayor(s) and the public, and Fundraising from the Memories of the Soldiers of Suicide organization - a give back promotion. 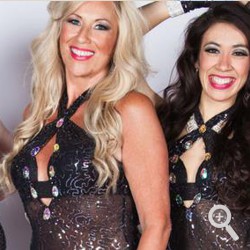 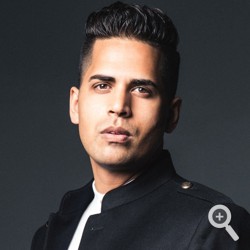 Jordan John is a multi-talented musician adept a playing drums, keyboards, lead guitar, bass and vocals which resemble Aaron Neville. This group opened for Aretha Franklin at the TD Toronto Jazz Festival, at her request. Jordan has also been signed by David Foster, Chairman of Verve Records, at 26 years old, to do 5 CDs and has jammed with Prince (drums) when he was 16 - I've compared his drumming to Buddy Rich. He has played with other great musicians including Johnny Reid, Colin James, Jeff Healey, Burton Cummings, Wide Mouth Mason, Ronnie Spector, Deborah Cox, Divine Brown. Jordan John has been endorsed by David Foster, Kenny “Babyface” Edmonds, John Mayall, Steve Jordan, Keith Richards, Robbie Robertson, and George Clinton, to name a few. 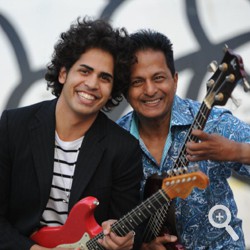 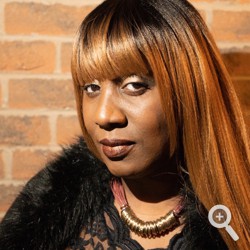 Carlene Ling, (aka Vanda Li) Founding Director, Bling Entertainment & “Black African Caribbean Canadian Artists Unite” (BACCAU). Carlene Ling began her artistic career in performing arts at a young age as a singer, dancer and model presenting in TV, and stage including playing piano, dance, vocal/musical theatre training and several Canada wide local and International performances - Ling is the niece of the late Kenneth Ling founder of Hamilton Ontario’s annual Mardi Gras Parade aka "Hamilton Caribana" which ran from the late 90's until his passing from cancer in 2007. Carlene is also the niece of Juliet (Brereton) Hamilton founder of the Burlington Multicultural Festival which ran for many years. Carlene is the second cousin to Canadian calypso singer Sheila Brereton-Robinson also known as "Lady Pearl " and has performed at live shows with her in the past. Carlene gives you a unique "BLing" effect with a balance of Canadian pop culture and related multicultural entertainment experiences that will leave you with memories that last a lifetime. 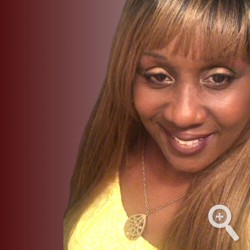 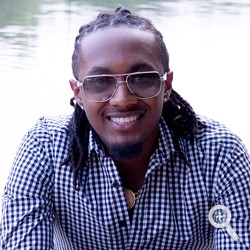 Luckystickz led by our own Dejehan Hamilton who is one of the premier Steelpan/percussionists in Canada having performed with Harry Belafonte, Brian Mcknight and Chili of TLC. Dejehan is the first steel pan percussionist Berkeley graduate. Music has given Luckystickz the opportunity to perform internationally to Trinidad & Tobago, Jamaica, Barbados, Puerto Rico, Singapore, the United States, and throughout Canada. Luckystickz released his single "Love You (From A Distance) in 2015 which will be featured on his frothing coming E.P. Every Day Battle. 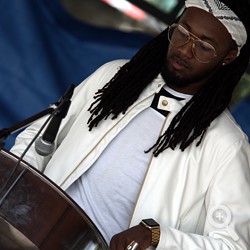 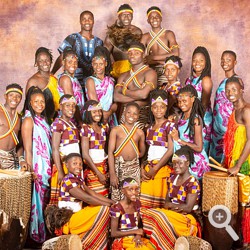 Neema Children’s Choir - The 16 members from Uganda, (ages 7-16) radiate such infectious smiles and contagious enthusiasm, you might not realize the incomprehensive hardships that they’ve experienced. The choir represents children in Uganda and the rest of Africa who have been orphaned due to the effects of civil war, AIDS and under-developed social systems – raise their voices in songs of love, gratitude and praise, testifying to the hope that brought them through unimaginable challenges. 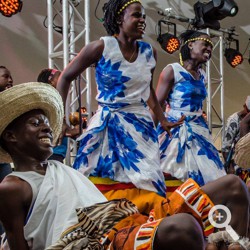 Amanda Reeve & Street Talk - an accomplished versatile vocalist and musician playing saxophone and flute and once performed with the legendary Percy Sledge, leads her band “Street Talk through exquisite renditions of Jazz, Pop, Reggae, Soca, Salsa, Classic & Modern Rock, Funk & R&B. Street Talk Is made up of Amanda Reeve on lead and back up vocals, sax and flute, Phillip Crichton on drums and vocals, Bruce Skerritt on keyboard and back up vocals and John Yelland on Bass guitar. Together, they have been playing restaurants, bars, weddings, and other private functions in and around the greater Toronto area for many years. They have played regularly at Snug Harbour in Port Credit for over ten years, and they were the featured entertainment act for the Canada Day celebrations at Queens Park for two consecutive years. 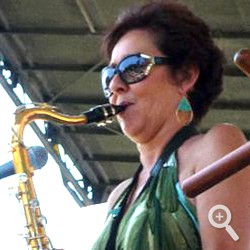 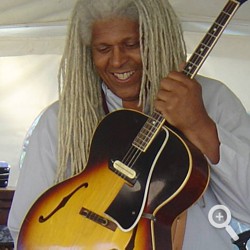 "Eugene has written more than 200 songs and listening to a concert of his is like hearing a cross section of Canadian music history." - Victoria Slager - More of Our Canada - May 2017. 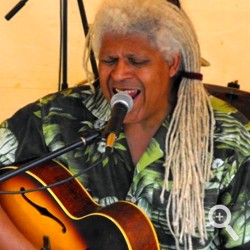 He was the lead singer in Lucifer, signed to the legendary Invictus label and later became a fixture on the Toronto Music scene with "The Warm Up Band”. Eugene toured the North America with Ronnie Hawkins and has recorded several sessions for CBC Radio and television. He has performed at countless Folk and Blues Festivals and played the Calgary Winter Olympics with Labatts Double Blues Band. In 2001 he was brought to Windsor as the Canadian Motown Star in celebration of Detroit's 300th birthday.

Eugene Smith comes by his talent honestly. His father, Al Lucas, played standup bass for greats like Duke Ellington and James Brown. His mother, Valeire Abbot (Hunt) was a jazz pianist and vocalist who gained notoriety in the Toronto area.

He holds in his bag of tricks a variety of musical accompaniments including a djembe, harmonica, jaw harp, finger piano and even a hand trumpet. 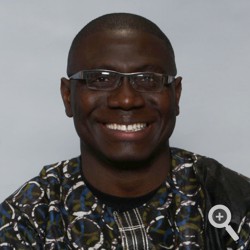 Baba Williams - Drum Circle - BA Music - diversified experience with classical piano, trumpet and drumming - can provide from 3 - 90 drummers offering performances, workshop and/or drum circle presentations. He has featured as djembe soloist at different concerts and productions and has also been involved in Theatre, chorales, and studio recordings across 3 continents. "He is regarded as one of Canada’s most prolific and respected drumming instructors." 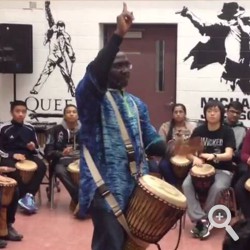