The following is a list of artists who contributed to the 2019 Emancipation Art Exhibition:
(in alphabetical order) 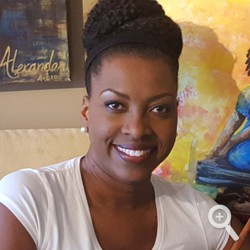 Nicole Alexander is a self-taught visual artist currently residing in Ontario, Canada. Nicole’s paintings in oil, acrylic and watercolour reflect a unique Afro-Caribbean vibe. Having spent her childhood and youth in the two island nation of Trinidad and Tobago, Nicole’s inspiration for her paintings stems from her love of Caribbean dance, poetry, calypso music and most importantly from the beauty of her culture and heritage. Like one of her favourite mentor artists, Elizabeth Catlett, who endured and fought through racial barriers to make a name for herself, Nicole stands by Catlett’s message of creating art for all people to enjoy. 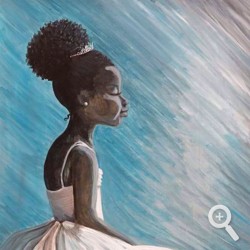 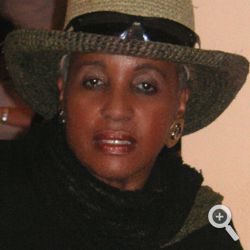 A practicing artist for over 30 years. Produced and sold over 8,000 works of art, that can now be found in both Private and Corporate Collections, Museums, Universities, Hospitals, Libraries and City Halls through out the world. Produced, curated and exhibited in over 300 solo and group exhibits, in the USA and Canada 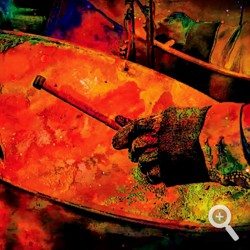 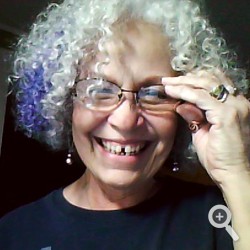 Flesherton, Ontario artist Anna-Maria Dickinson, who was born a creative soul on the lovely Island of St. Vincent, describes herself as a "Child of the Tropics". Many of Anna-Maria’s pieces have been showcased in galleries, museums and cultural venues in and around Toronto, Canada and in the United States. She has participated in 3 juried exhibitions at the Royal Ontario Museum and was invited to paint 2 pianos for the “Play Me I Am Yours” project at the 2012 launching of the Toronto 2015 Pan Am/Parapan Am Games. Her pieces can be found in private collections throughout Canada, the United Kingdom, the United States and the Caribbean. 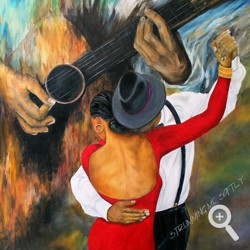 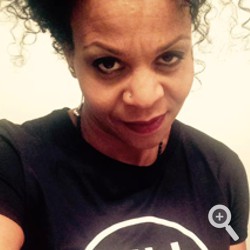 Georgia Fullerton is a professional visual artist, expressive arts therapist, and public speaker. She’s the founder of the Fullerton Fine Art Collection showcasing her original paintings and promotional products. Georgia is the creator of JustGeorgia®– Expressive Arts to Heal the Heart -- a business offering therapeutic arts-based workshops. A popular guest on local TV networks, Georgia is frequently asked to speak about her work, and her artistic process. Her dynamic abstract art explores the relationship between the real and imagined, and reveals her emotions, memories of her girlhood and Jamaican roots. Her paintings and prints are in private and public collections around the world. 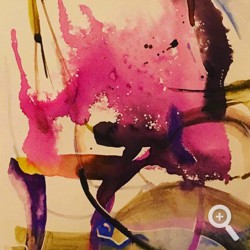 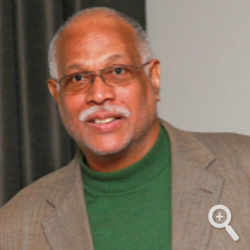 Ian Grant has a collection of naturalistic photographs taken in some of the world’s most spectacular locales. Grenadian-Born, he has lived in Toronto for many years and from this vantage point he had the privilege of travelling to, and capturing images in Brazil, Italy, Aruba, Yugoslavia, Azores, Grenada, Honolulu, just to name a few.

As a self taught photographer, he enjoys liberating these unbelievably picturesque scenes, the colours, the moments, and the angles that are only in the cool heat of his imagination.

Much of Grant’s audience so far, have found that his warm, relaxed outdoor scenes and his distant lazy horizons, reminds them of the paradise in their secretly sculpted dreams. 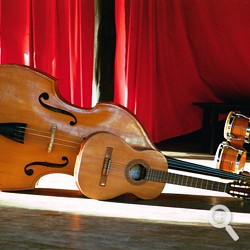 Some of his works were entered into International photo competitions, of which one, “Beach Blaster” won 2nd. Prize in the International Caribbean Beat Photo Competition 2000. He has also showcased his works at many Galleries, Special Exhibits, Art Auctions and the Grenada Consulate in Toronto. This collection of photographs represents a small portion of beautiful images that he has composed over the years. 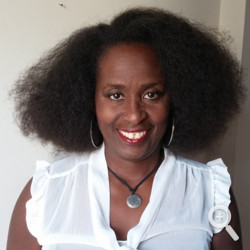 Jennylynd James is an artist, writer, vocalist, and food scientist all in one package... a true Renaissance woman. She is originally from Trinidad and Tobago. Jennylynd graduated with a Ph.D. in food science at McGill University, Canada and continued working in this field for over 15 years in the Florida, California, and in the Republic of Ireland. In Ireland, Jennylynd developed her own range of sauces and seasonings, and ran this business with ‘artistic flair’ for many years.She started painting while living in Ireland and continues to experiment with vivid colours in acrylic and oils. Jennylynd now lives in Bloor West Village, Toronto, Ontario. 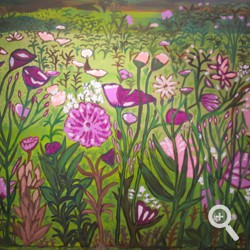 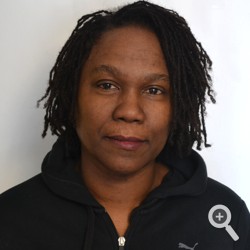 Sheryl Keen has been a creative since she could first hold pencil and paper. She is interested in bringing contemplative and interpretive works to the viewers’ experience.

Her work is mainly done in acrylics mixed media. These works have been shown in both solo and group exhibitions. Some of the places that she has shown her work include CIBC Black History Month Events, several of Toronto Public Libraries, private showings, Areej Gallery, and the Feminist Arts Conference at OCAD. Her last solo exhibition in 2018 took place at Station Gallery.

Sheryl Keen's themes include exploring the internal struggles that take place within a person that leads to outward change. She also looks at faces and masks and how we wear each as a survival mechanism. 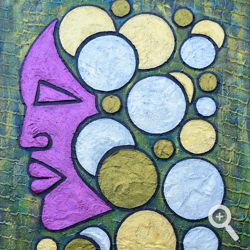 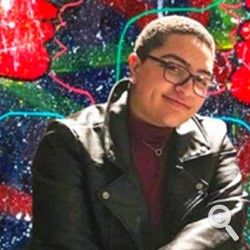 Katrina Lindo has a passion for art, ever since she was six years old. Her art has made an impact on her life by expressing her emotions and by storytelling through her artworks. Katrina’s motivations to create, comes from society conflicts that involves religion, self, and topics that are controversial. Such as attitudes to mental health, LGBT+ community, political and more taboo subjects. With her art, she portrays awareness to connect in a way with the audience by storytelling. Education has helped her by, exploring different materials and ways to portray her art in a striking way. 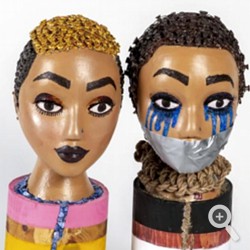 Katrina Lindo is a graduate with Honors in the Fine Arts program at Durham College. Her artworks are sculptures that are made with mixed media materials from wood, fabric, and metal. She also creates narrative storytelling, drawing illustrations and paints with acrylic. Her artwork has been entered in “The Perfect Moment” Exhibit, at the Whitby Station Art Gallery. She won the Merit award at the reception of college juried art show in 2019 at the Whitby Station Art Gallery for her whole thesis called “Facing Conflicts.” 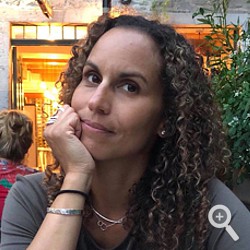 Lisa Meecham is a practicing artist with the Art Gallery of Burlington where she shares her passion for the art of Traditional Wool Rug Hooking through guild participation and community outreach. Rug hooking is a relaxing, yet productive activity that promotes tactile mobility and mindfulness, balanced with positive and engaging social interaction. Lisa draws from Canadian historical and cultural narratives to connect those new and seasoned to the craft. Her other mediums include woodworking and up-cycling reclaimed materials. 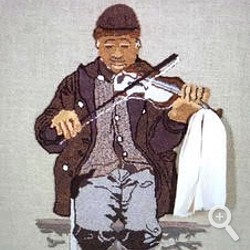 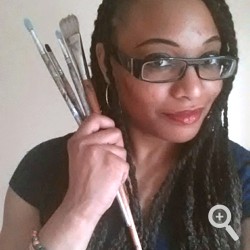 Rachel Natalie Rawlins is an artist, Montreal-born to Trinidadian parents. She studied Technical Illustration at Seneca College, which included the basics of animation, graphic design, web design and photography. Although she does some digital work, her first love is the pencil and paintbrush, and so she spends time practicing her craft, and developing and evolving her style. Her love of drawing and painting people comes from her passion to capture personalities, attitudes and emotions. Her art is also heavily influenced by music. Rachel is into a variety of musical genres, including soul, hip hop, jazz, soca and reggae and enjoys playing the piano. “Songs have colours and patterns, that influences the colours and tones I use in my work.” 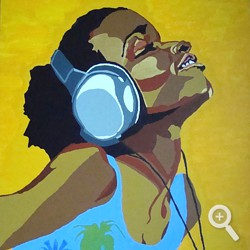 While her subject focus tends to be people, Rachel also enjoys painting animals and scenery. “The beauty of creation is hard to resist as a subject.” Rachel’s work has been seen at the Royal Ontario Museum and at Cheri in Harlem, New York. Additionally, she conducts painting workshops and live-paint at various events.